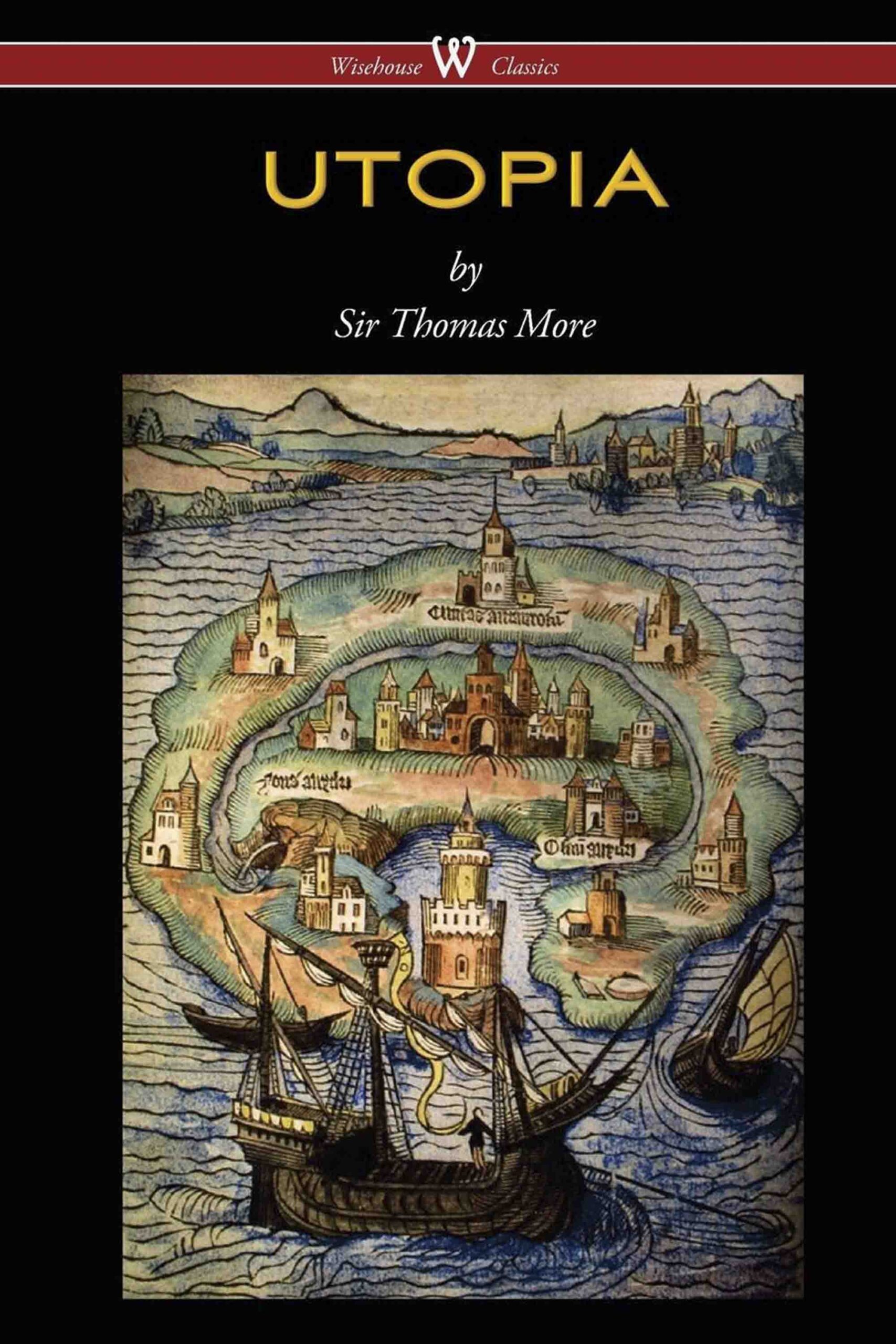 The work begins with written correspondence between Thomas More and several people he had met on the continent: Peter Gilles, town clerk of Antwerp, and Hieronymus van Busleyden, counselor to Charles V. More chose these letters, which are communications between actual people, to further the plausibility of his fictional land. In the same spirit, these letters also include a specimen of the Utopian alphabet and its poetry. The letters also explain the lack of widespread travel to Utopia; during the first mention of the land, someone had coughed during announcement of the exact longitude and latitude. The first book tells of the traveller Raphael Hythlodaeus, to whom More is introduced in Antwerp, and it also explores the subject of how best to counsel a prince, a popular topic at the time. In the second part, Utopia is placed in the New World and More links Raphael’s travels in with Amerigo Vespucci’s real life voyages of discovery. He suggests that Raphael is one of the 24 men Vespucci, in his Four Voyages of 1507, says he left for six months at Cabo Frio, Brazil. Raphael then travels further and finds the island of Utopia, where he spends five years observing the customs of the natives.

Most scholars see it as some kind of comment or criticism of contemporary European society, for the evils of More’s day are laid out in Book I and in many ways apparently solved in Book II. Indeed, UTOPIA has many of the characteristics of satire, and there are many jokes and satirical asides such as how honest people are in Europe, but these are usually contrasted with the simple, uncomplicated society of the Utopians.