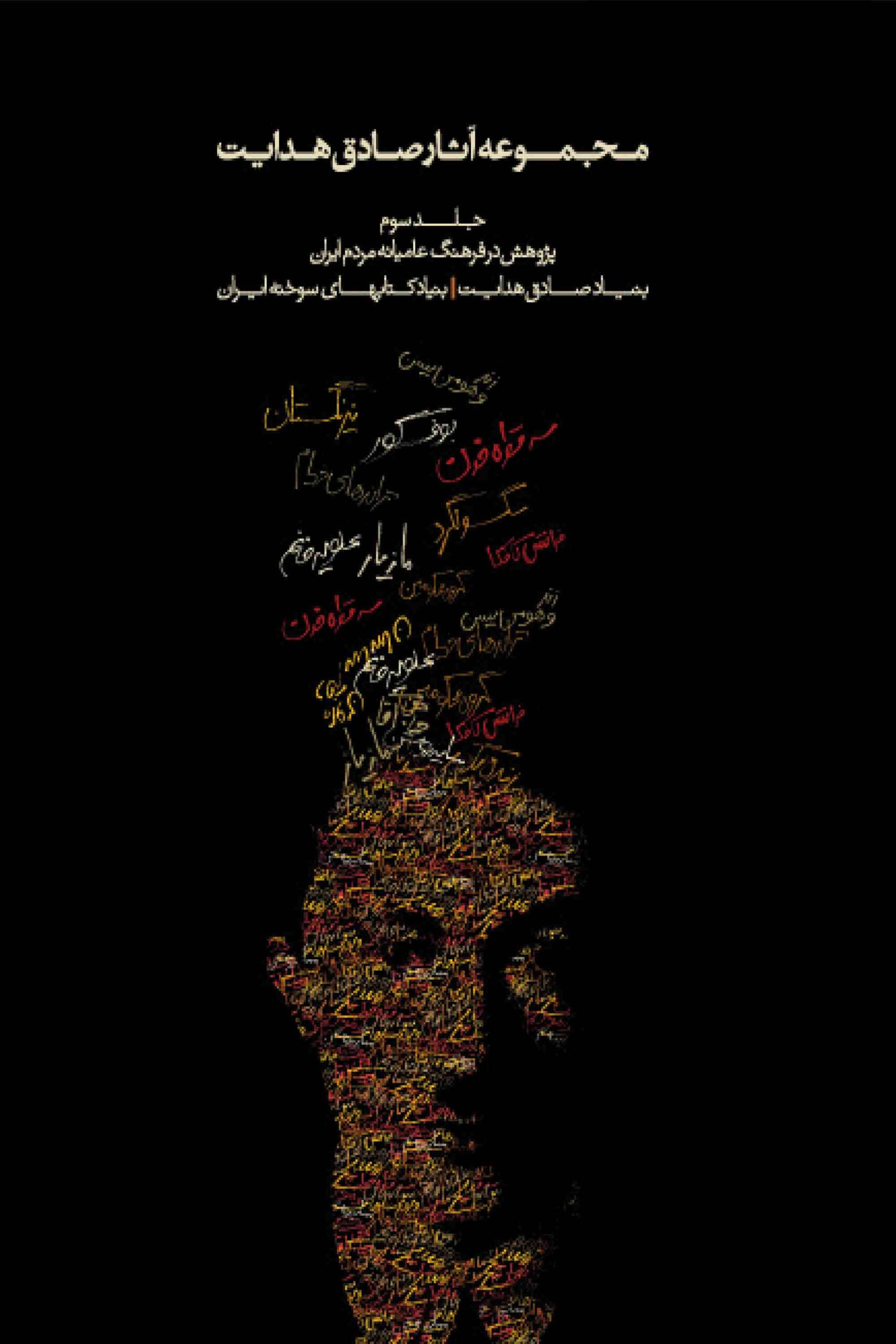 Sadegh Hedayat Vol. III – Studies on the Folklore of Iran

Published in Farsi language by the „Sadegh Hedayat Foundation” and the renowned „Iranian Burnt Books Foundation”, this is the third volume of the revised and according to original manuscripts comparatively updated complete works of Sadegh Hedayat, the renowned Iranian novelist. This volume contains his complete Studies on the Folklore of Iran in Farsi language, including neyràngestân, usâneh, tàrânehâye ‘âmiyâneh, màtàlhâyeh fârsi, folklor yâ fàrhànge tudeh, tàrhe kolli bàrâye kâvoshe fàrhànge yek màntàgheh, shivehye novin dàr tàhghighe àdàbi, dàr pirâmune loghàte fàràse àsàdi, shivehâye novin dàr she’re farsi, chànd nokteh dàr bârehye veys-o-râmin, dàr bârehye irân va zàbâne fârsi as well as the essay La Magie en Perse in French language. Sadegh Hedayat was born on 17 February 1903 in Tehran, at his father’s house. His father was Hedayat Gholi Khan-e Hedayat (E’tezad-Ol-Molk),son of Jafar GholiKhan-e Hedayat,his mother was ,Ozra-Zivar-Ol-Moluk Hedayat,daughter of Hossein GholiKhan-e Mokhber-ol-Dole the second. His parent was from the line of Reza GholiKhan; who was one of the famous Iranian writers, poets and historians in 13th century; that was Kamal Khojandi descents. He went to Elmieh Primary school, Tehran in 1909, and after completing his basic education and then started his high school at Darolfonun in 1914. Because of eye trouble, there was a break in his education in 1914, but he continued his education in Saint Louis School at Tehran, where he got familiar with French language and literature in 1917. He completed his secondary education and was sent with the other Iranian students to Belgium for higher education in 1925. At first, he studied in “Gand” Port University, but he declared his dissatisfaction, because of bad weather and his education situation, so he was transferred to Paris to continue his studies. In1928, Sadegh Hedayat, attempted to his first suicide by throwing himself into Marne River in Samoi, but he was rescued by the people in a boat. Finally, in 1930, he returned back to Tehran and in that year he was hired in Bank Melli Iran. In those days “Rabe Group” was formed including Bozorg Alavi, Massud Farzad, Mojtaba Minavi and Sadegh Hedayat.In 1932, he traveled to Isfahan and also started his work at General Department of Commerce. In 1933, he traveled to Shiraz and stayed in his uncle’s house (Dr.Kraim Hedayat) for awhile. In 1934, he resigned from General Department of Commerce and commenced his work at Ministry Of Foreign Affairs; he resigned from Ministry Of Foreign Affairs in 1935, and in that year he was summoned by Police Investigation Department and interrogated for the context of the book “Mister Bow Wow”. In 1936,he commenced working at General Department of Construction and traveled to India ,he started learning “Pahlavi Language” with an Indian researcher and professor; Bahram Goor Anklesaria. In 1937, he returned back to Tehran, started working in Bank Melli Iran again, he resigned from there again in 1938, and started working at State Music Department and also cooperating with “Music Magazine”. In 1940 he commenced his work at Fine Art Faculty of Tehran University as translator, and cooperating with “Sokhan Magazine” in 1943.He went to Tashkent by the invitation of The State University of Middle Asia in Uzbekistan in 1945, and also cooperated with “Payam e Now Magazine”. In that year a ceremony for honoring Sadegh Hedayat was held in Iran and Soviet Union Cultural Society, in 1949.He was invited to participate in The World Congress of Peace but he could not attend because of his administrative problems. In 1950, he went to Paris and on April 8 1951, in that city, he committed suicide by gaz.He was 48 years old when got himself free from life pains, his grave was in Pere-la Chaise Cemetery in Paris. He spent all his life in his father’s house.