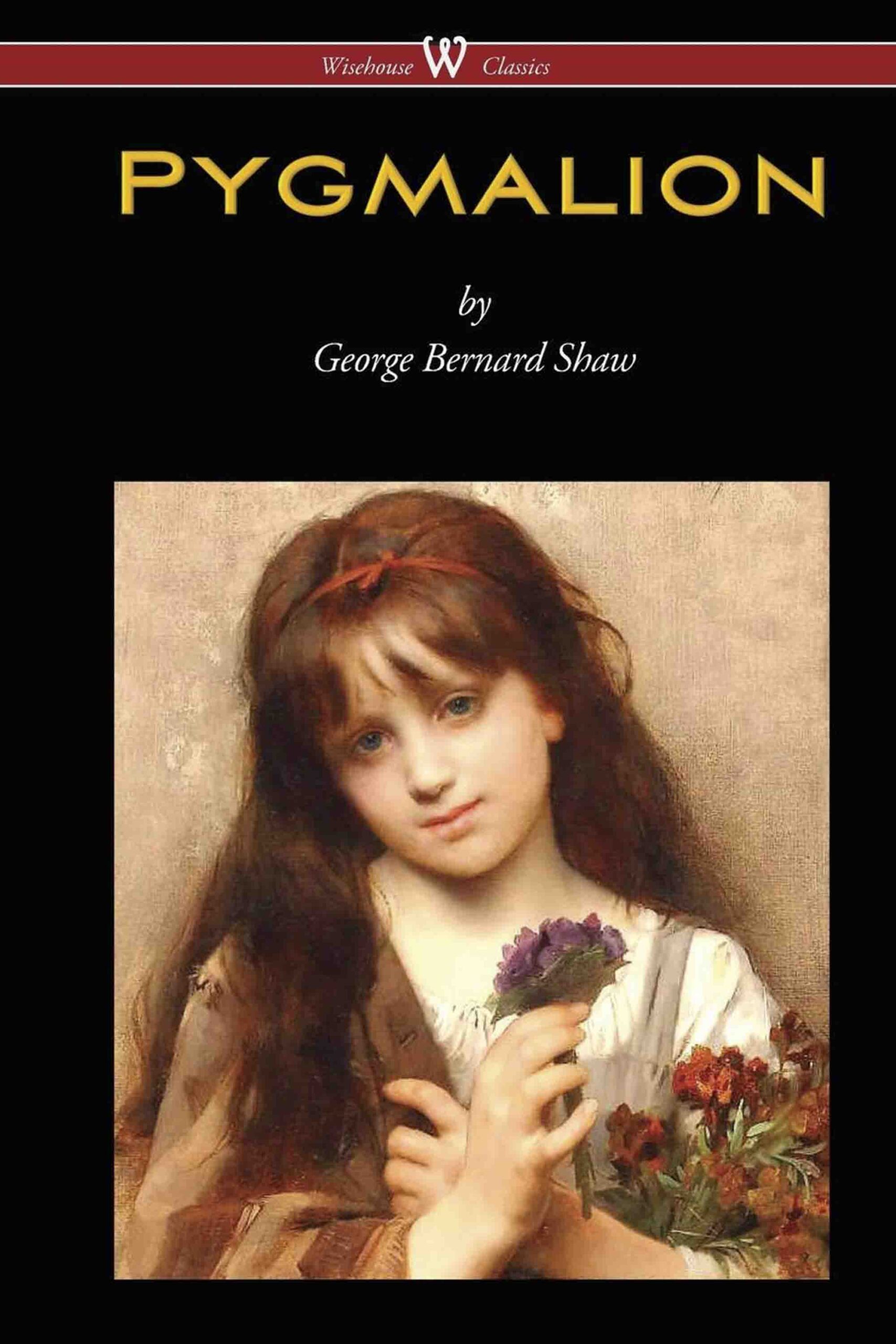 PYGMALION is a play by George Bernard Shaw, named after a Greek mythological character. It was first presented on stage to the public in 1913. Professor of phonetics Henry Higgins makes a bet that he can train a bedraggled Cockney flower girl, Eliza Doolittle, to pass for a duchess at an ambassador’s garden party by teaching her to assume a veneer of gentility, the most important element of which, he believes, is impeccable speech. The play is a sharp lampoon of the rigid British class system of the day and a commentary on women’s independence.

In ancient Greek mythology, Pygmalion fell in love with one of his sculptures, which then came to life. The general idea of that myth was a popular subject for Victorian era English playwrights, including one of Shaw’s influences, W. S. Gilbert, who wrote a successful play based on the story called Pygmalion and Galatea first presented in 1871. Shaw would also have been familiar with the burlesque version, Galatea, or Pygmalion Reversed. Shaw’s play has been adapted numerous times, most notably as the musical My Fair Lady and the film of that name.