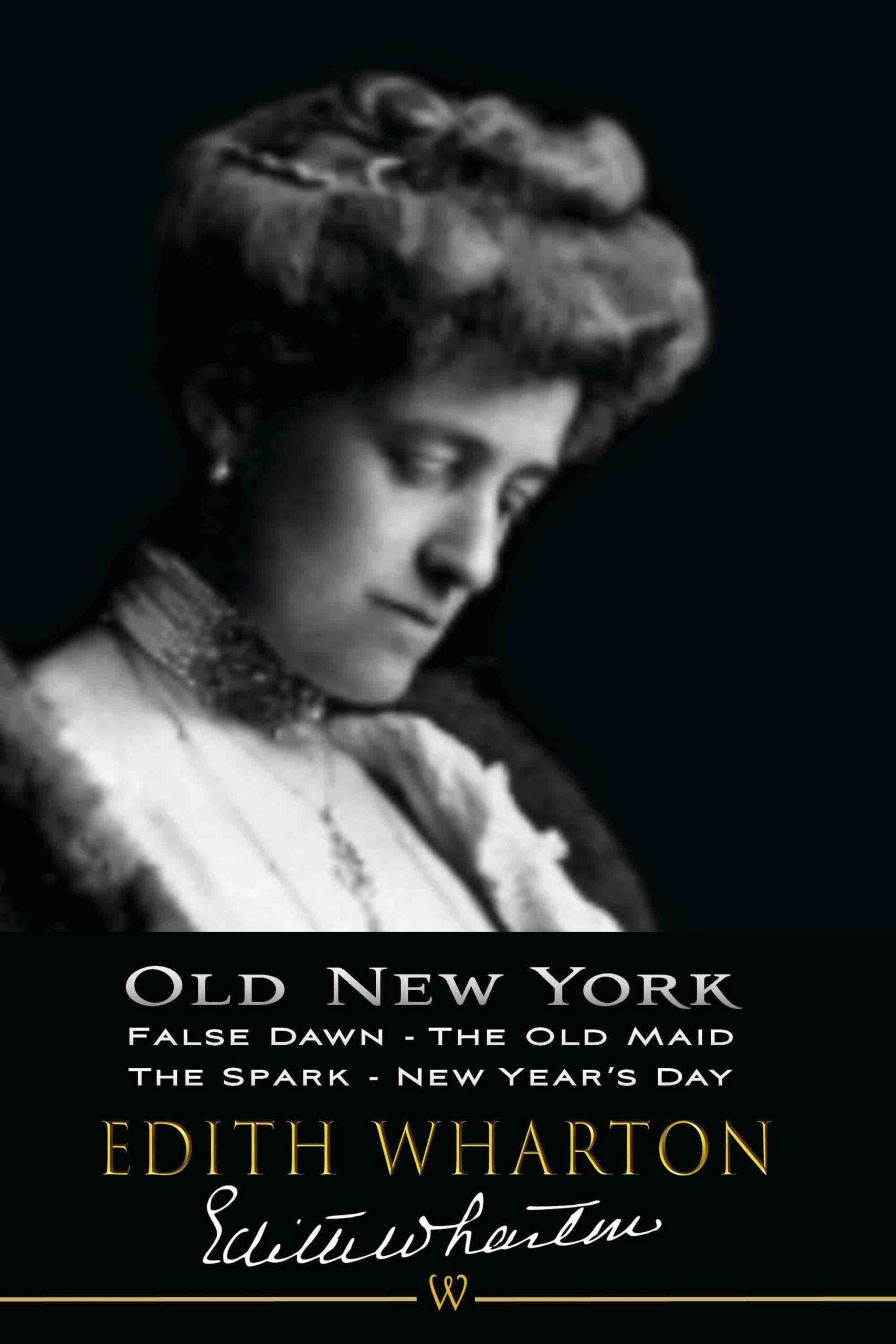 Old New York (1924) is a collection of four novellas by Edith Wharton
False Dawn (Parts One and Two) (The Forties),
The Old Maid (Parts One and Two) (The Fifties),
The Spark (The Sixties), and
New Year’s Day (The Seventies),
revolving around upper-class New York City society in the 1840s, 1850s, 1860s, and 1870s. The novellas are not directly interconnected, though certain fictional characters appear in more than one story. The New York of these stories is the same as the New York of The Age of Innocence (1920), from which several fictional characters have spilled over into these stories. The observation of the manners and morals of 19th century New York upper-class society is directly reminiscent of The Age of Innocence, but these novellas are shaped more as character studies than as a full-blown novel. Edith Wharton (1862 – 1937) was an American novelist, short story writer, and designer. Wharton drew upon her insider’s knowledge of the upper class New York “aristocracy” to realistically portray the lives and morals of the Gilded Age. In 1921, she became the first woman to win the Pulitzer Prize for Literature. She was inducted into the National Women’s Hall of Fame in 1996.