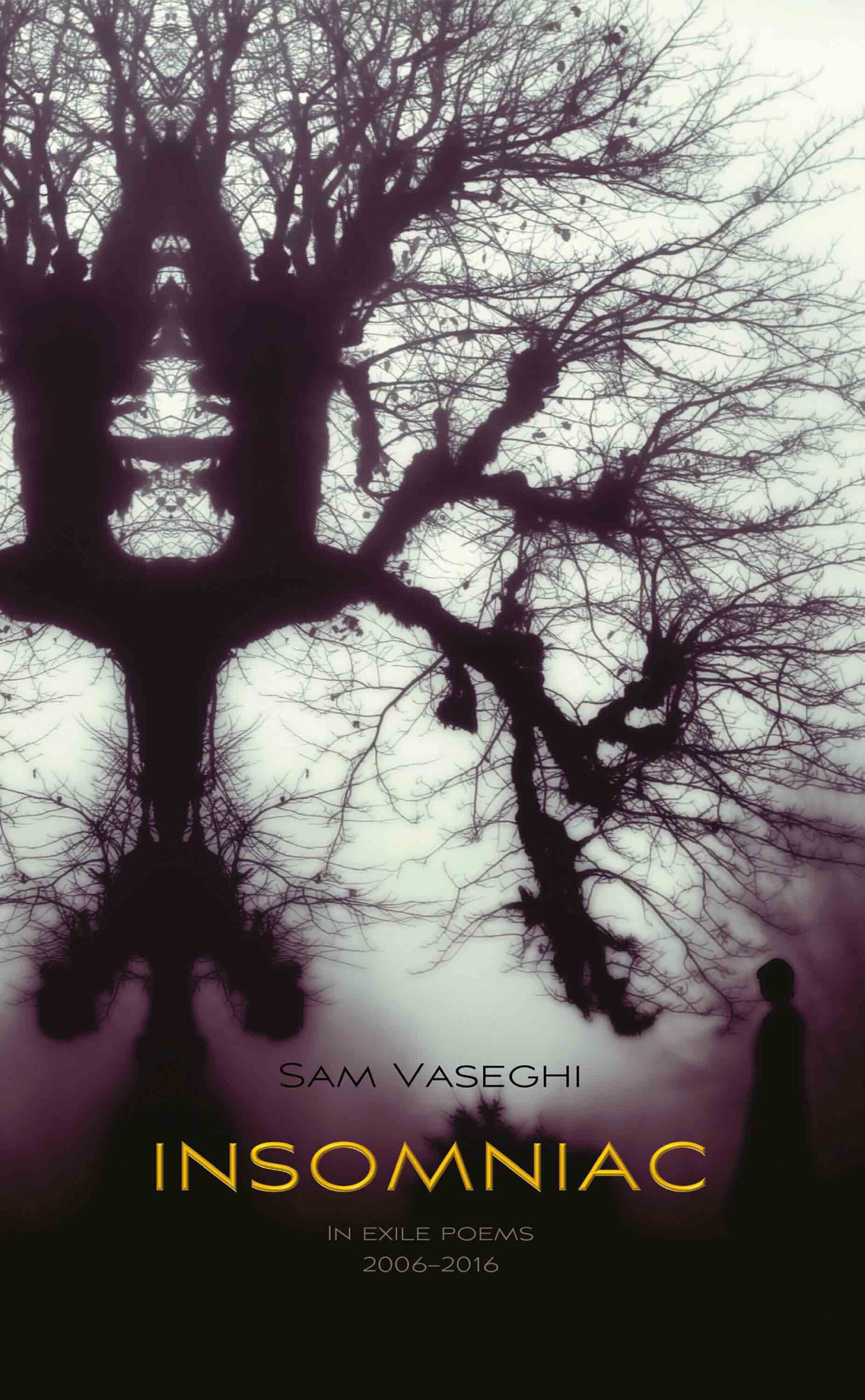 INSOMNIAC, by the Iranian-German author and poet Sam Vaseghi, is a collection of exile poems, gathered in the period of 2006 to 2016, during the poet’s stay in Germany and Sweden. The poems have social and political relevance and reflect a bipolar vecu of the poet split between Europe and Iran. Some of these poems have been published earlier in journals such as Envoi by Cinamon Press, Prosopisia, or International Poetry Review. Many of the poems also have been written bilingual, and have a counterpart published either in Farsi or Spanish.