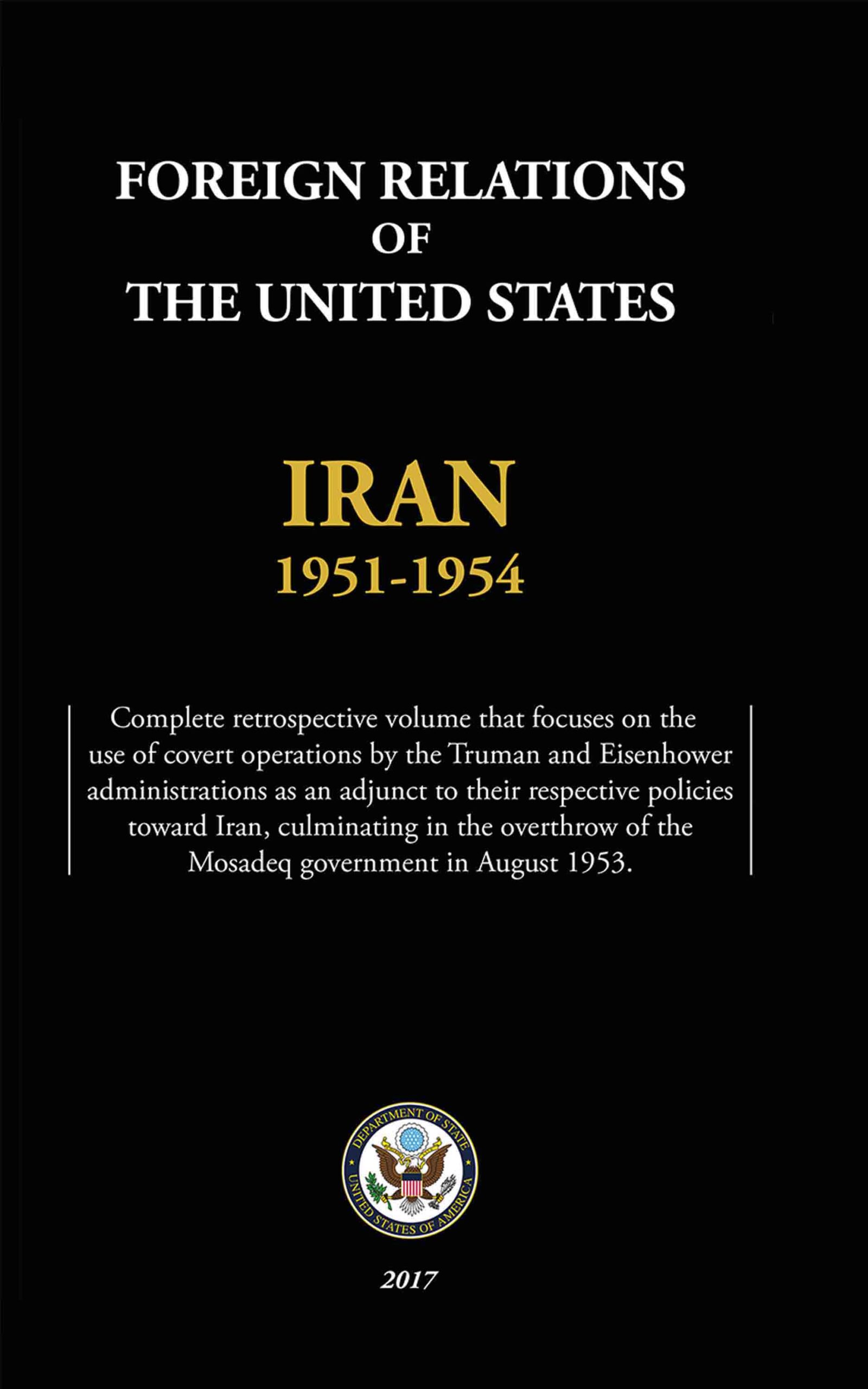 This volume contains the long-awaited “retrospective” of declassified U.S. government documents on the 1953 coup in Iran. The volume includes fascinating details on Iranian, American and British planning and implementation of the covert operation, as well as information about U.S. contacts with key figures such as Ayatollah Abol-Ghasem Kashani, and insights into U.S. concerns about the growing influence of the communist Tudeh Party.

The publication is the culmination of decades of internal debates and public controversy after a previous official collection omitted all references to the role of American and British intelligence in the ouster of Iran’s then-prime minister, Mohammad Mosaddeq. The volume is part of the Department’s venerable Foreign Relations of the United States (FRUS) series.

For decades, neither the U.S. nor the British governments would acknowledge their part in Mosaddeq’s overthrow, even though a detailed account appeared as early as 1954 in The Saturday Evening Post, and since then CIA and MI6 veterans of the coup have published memoirs detailing their activities. Kermit Roosevelt’s Countercoup is the best known and most detailed such account, although highly controversial because of its selective rendering of events. In 2000, The New York Times posted a 200-page classified internal CIA history of the operation.

In 1989, the State Department released what purported to be the official record of the coup period but it made not a single reference to American and British actions in connection with the event. The omission led to the resignation of the chief outside adviser on the series, and prompted Congress to pass legislation requiring “a thorough, accurate, and reliable documentary record” of U.S. foreign policy. After the end of the Cold War, the CIA committed to open agency files on the Iran and other covert operations, and the State Department vowed to produce a “retrospective” volume righting the earlier decision.

But it took until 2011 for the CIA to – partially – fulfill its commitment, and even then it was only in the form of a previously classified segment of an internal account of the coup that for the first time included an officially released explicit reference to the agency’s role in “TPAJAX,” the U.S. acronym for the operation. Roughly two years later, after years of research by historian James C. Van Hook, as well as internal negotiations between State and CIA over access to the latter’s records, the Office of the Historian at the Department produced a draft of the retrospective volume, which then had to await top-level clearance.

What explains the refusal by two governments to acknowledge their actions, and the inordinate delays in publishing this volume? Justifications given in the past include protecting intelligence sources and methods, bowing to British government requests and, more recently, avoiding stirring up Iranian hardline elements who might seek to undercut the nuclear deal Iran signed with the United States and other P5+1 members in 2015. (Abstract from the US National Archive)