Wholesaler and bookstores can order world wide via Ingram, Amazon, or dependent on their location via Barnes & Noble, Baker & Taylor, Gardners, and Bertrams. Libraries, NGOs, academic and public institutions may order larger lots directly at the publisher’s desk: info@wisehouse-publishing.com

Long awaited: This is The Special Extensive Edition of the Official Torture Report of the Senate Intelligence Committee’s investigation of the Central Intelligence Agency Interrogation and Detention Program, including also the additional views, minority views & additional minority views. Completely new type set and quality formatted in all details. This extensive edition is an excellent choice for both serious private readers as well as libraries and archives.

“A portrait of depravity that is hard to comprehend and even harder to stomach.” – The New York Times

“The Senate intelligence committee’s report is a landmark in accountability … It is one of the most shocking documents ever produced by any modern democracy about its own abuses of its own highest principles.” – The Guardian

“Releasing this report is an important step to restoring our values and showing the world that we are a just society.”- Senate Intelligence Committee chair Senator Diane Feinstein

“The most extensive review of U.S. intelligence-gathering tactics in generations.” – The Los Angeles Times

“I believe the American people have a right-indeed, a responsibility-to know what was done in their name; how these practices did or did not serve our interests; and how they comported with our most important values. I commend Chairman Feinstein and her staff for their diligence in seeking a truthful accounting of policies I hope we will never resort to again.” – Senator John McCain 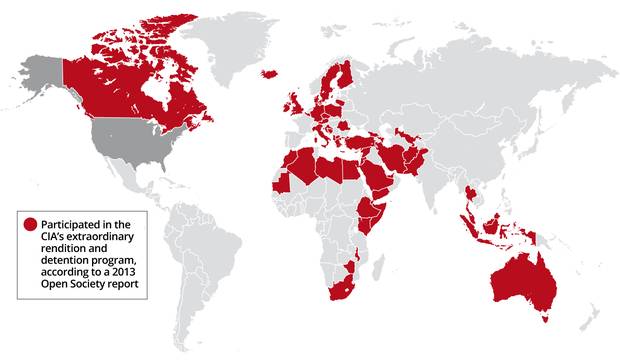