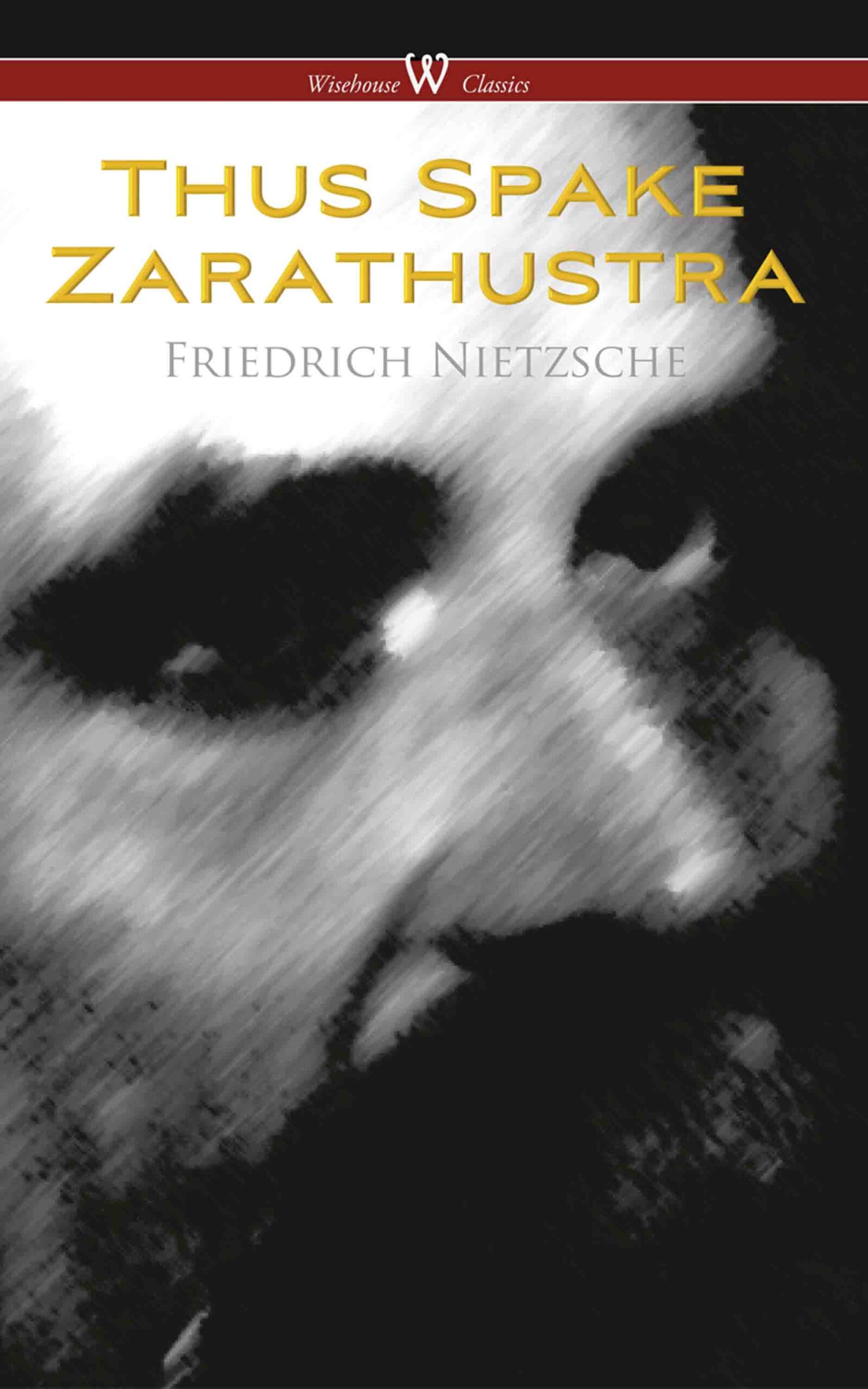 Thus Spoke Zarathustra: A Book for All and None (German: Also sprach Zarathustra: Ein Buch für Alle und Keinen, also translated as Thus Spake Zarathustra) is a philosophical novel by German philosopher Friedrich Nietzsche, composed in four parts between 1883 and 1885 and published between 1883 and 1891. Much of the work deals with ideas such as the “eternal recurrence of the same”, the parable on the “death of God”, and the “prophecy” of the Übermensch, which were first introduced in The Gay Science.

The book chronicles the fictitious travels and speeches of Zarathustra. Zarathustra’s namesake was the founder of Zoroastrianism, usually known in English as Zoroaster (Avestan: Zara?uštra). Nietzsche is clearly portraying a “new” or “different” Zarathustra, one who turns traditional morality on its head.

Zarathustra has a simple characterization and plot, narrated sporadically throughout the text. It possesses a unique experimental style, one that is, for instance, evident in newly invented “dithyrambs” narrated or sung by Zarathustra. Likewise, the separate Dithyrambs of Dionysus was written in autumn 1888, and printed with the full volume in 1892, as the corollaries of Zarathustra’s “abundance”.

Some speculate that Nietzsche intended to write about final acts of creation and destruction brought about by Zarathustra. However, the book lacks a finale to match that description; its actual ending focuses more on Zarathustra recognizing that his legacy is beginning to perpetuate, and consequently choosing to leave the higher men to their own devices in carrying his legacy forth.