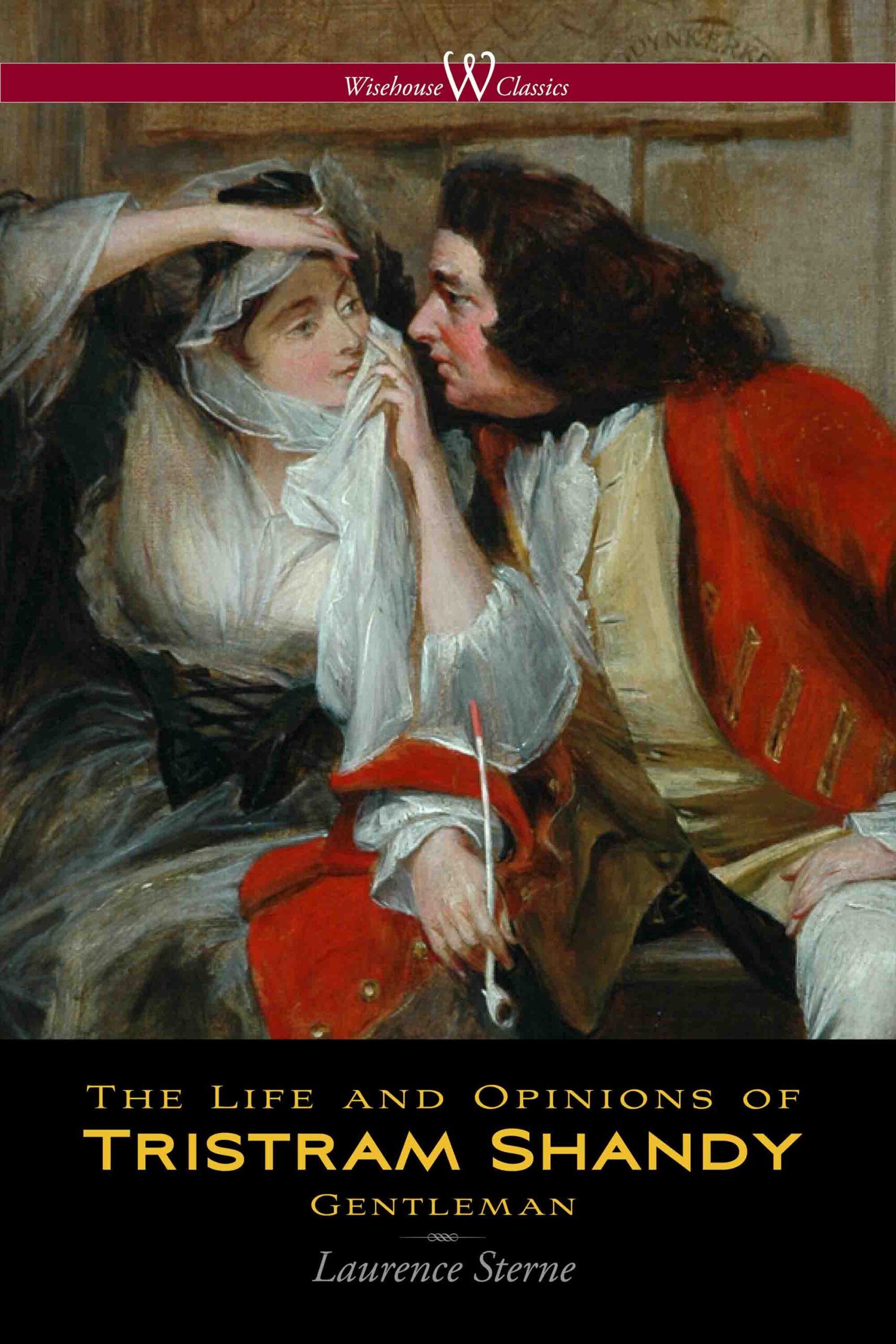 The Life and Opinions of Tristram Shandy, Gentleman, also known as just Tristram Shandy, is a novel by Laurence Sterne. It was published in nine volumes, the first two appearing in 1759, and seven others following over the next seven years (vols. 3 and 4, 1761; vols. 5 and 6, 1762; vols. 7 and 8, 1765; vol. 9, 1767). It purports to be a biography of the eponymous character. Its style is marked by digression, double entendre, and graphic devices. Sterne had read widely, which is reflected in Tristram Shandy. Sterne’s presence inside the narrative changed the course of traditional novelistic interpretations as his narrative structure digresses through many jumbled and fragmentary events into a non-traditional, dual overlapping plot. These digressive methods reflect his inability to simply explain each event as it occurs, as he frequently interrupts these events with commentary about how the reader should understand and follow each event. Sterne relies heavily on his reader’s close involvement to the text and their interpretations of the non-traditional plot. Tristram’s presence inside of the narrative as the narrator engages the imagination and his use of visual strategies, such as the marbled and blank pages, reflects the importance of the reader’s participation in the novel. Many of his similes, for instance, are reminiscent of the works of the metaphysical poets of the 17th century, and the novel as a whole, with its focus on the problems of language, has constant regard for John Locke’s theories in An Essay Concerning Human Understanding. Arthur Schopenhauer cited Tristram Shandy as one of the greatest novels ever written.