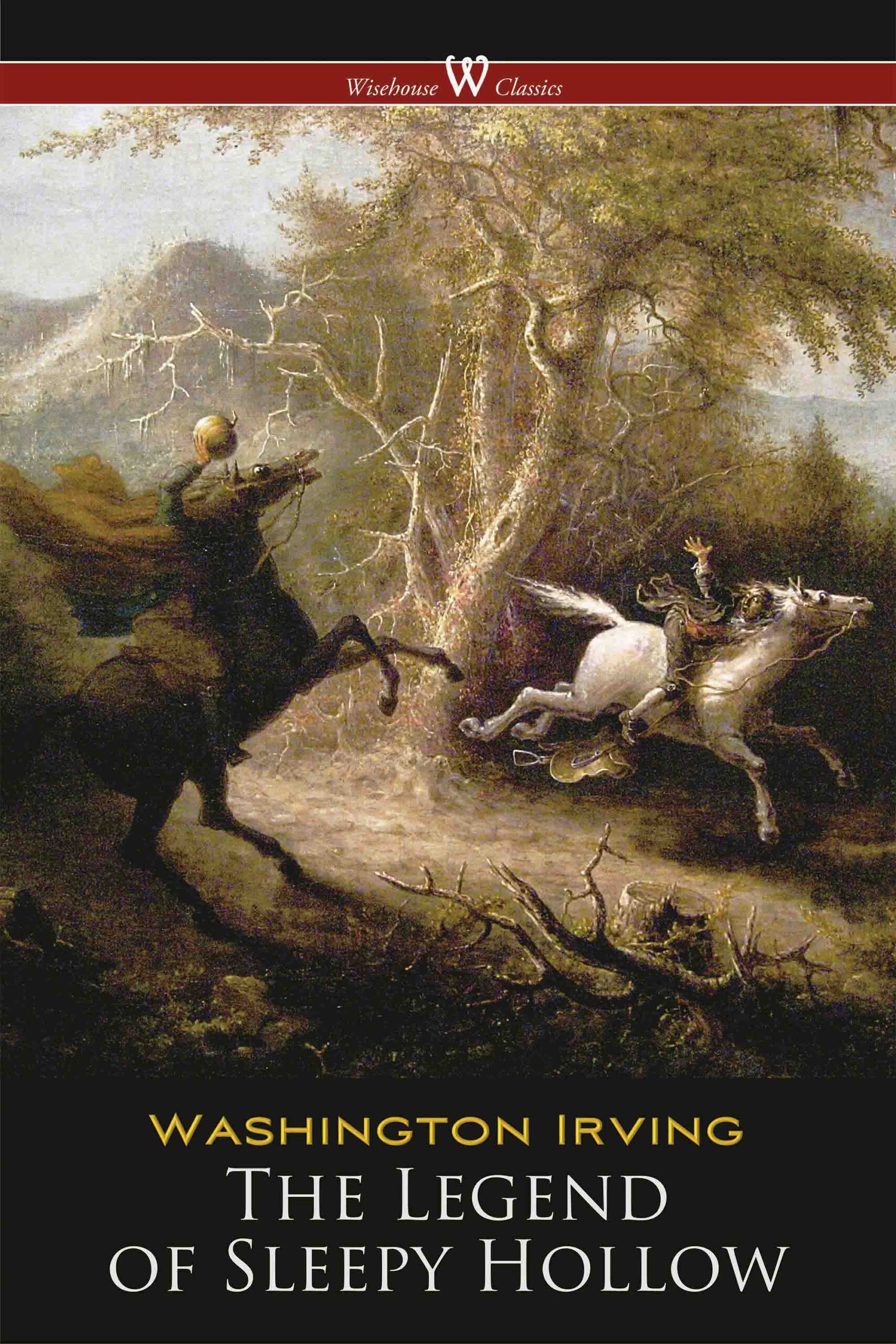 “The Legend of Sleepy Hollow” is a gothic story by American author Washington Irving, contained in his collection of 34 essays and short stories entitled The Sketch Book of Geoffrey Crayon, Gent. Written while Irving was living abroad in Birmingham, England, “The Legend of Sleepy Hollow” was first published in 1820. Along with Irving’s companion piece “Rip Van Winkle”, “The Legend of Sleepy Hollow” is among the earliest examples of American fiction with enduring popularity, especially during Halloween because of a character known as the Headless Horseman believed to be a Hessian soldier who was decapitated by a cannonball in battle. Irving wrote The Sketch Book during a tour of Europe, and parts of the tale may also be traced to European origins. Headless horsemen were staples of Northern European storytelling, featuring in German, Irish (e.g., Dullahan), Scandinavian (e.g., the Wild Hunt), and English legends, and were included in Robert Burns’s poem “Tam o’ Shanter” (1790) and Bürger’s Der wilde Jäger, translated as The Wild Huntsman (1796). Usually viewed as omens of ill-fortune for those who chose to disregard their apparitions, these specters found their victims in proud, scheming persons and characters with hubris and arrogance. One particularly influential rendition of this folktale was recorded by the German folklorist Karl Musäus.