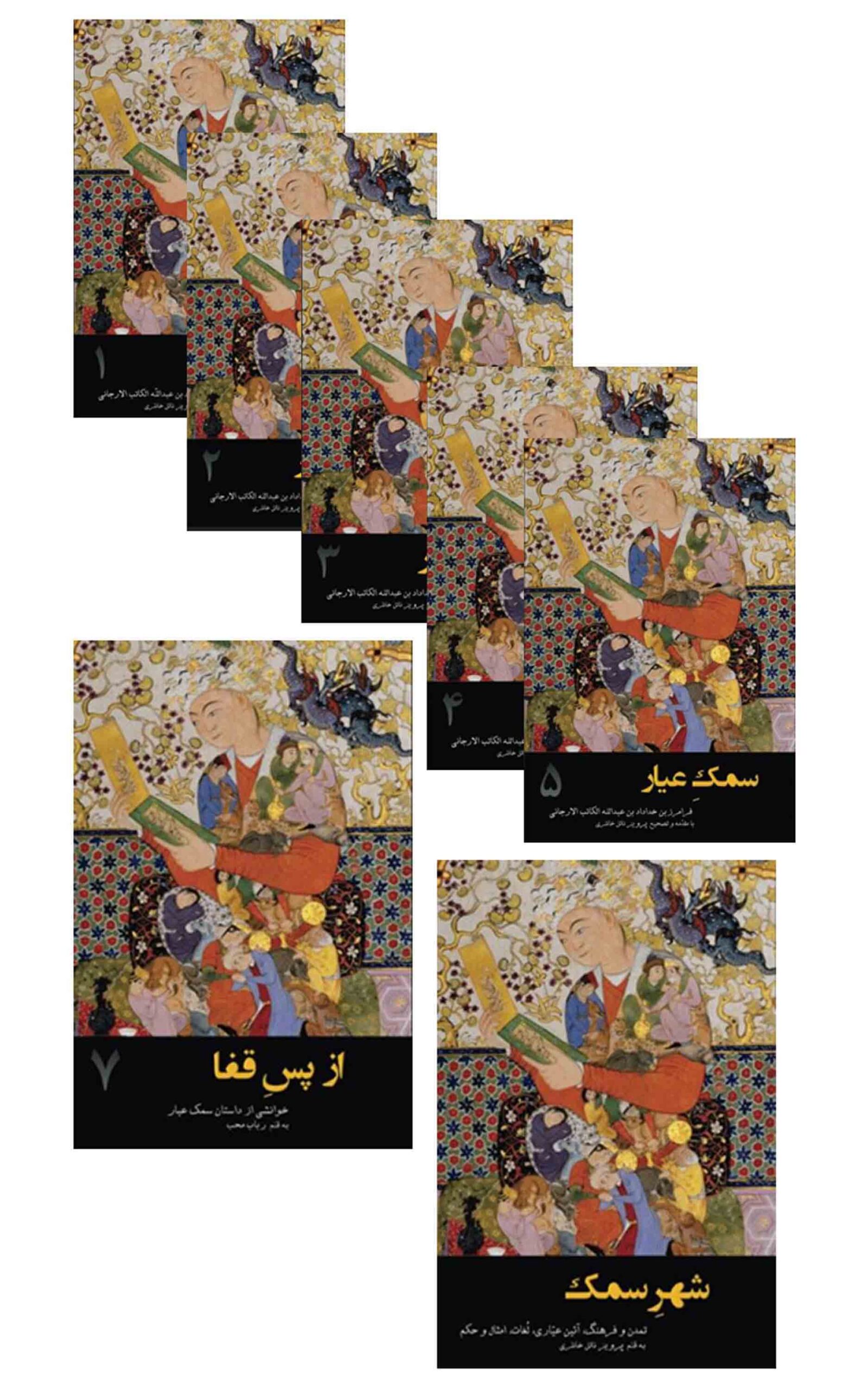 az pase ghafa – khaneshi az Samak-e Ayar (Away and beyond – a study on Samak-e Ayar) is the first serious and extensive research ever done on “Samak-e Ayar”. Robab Moheb has studied the tale in detail and examined it from different perspectives. The concept Ayar and its meaning, the customs and habits of kings and royal families, fatalism and the belief in destiny, occultism and superstition, the instruments and rules of war, cultural rituals and holidays, drinking habits of the people, musical instruments, marital rules and laws, the position of women, eroticism, the language of story and its structural forms and literary value are motives brought up in the study. The final words are a long list of name, holding the names given in the story “Samak-e Ayar”. “Samak-e Ayar” (dated to around the 13th century) is an oral story which has traveled from mouth to mouth for centuries. It’s a long prose story in five volumes and is seen as the first Persian novel, with a large research value. Existing written volumes signify that several people in different times and in different places have amassed the story. The story is told in simple prose, close to the colloquial language, sometimes adorned with various prosoaic techniques (rhythm, rhymed prose e t c). The sentence structures are simple and clear with a sparse use of implied meanings. The story abounds with lush descriptions and metaphors, used primarily in the conventional depictions of beauty, battles, sunrise and sunset. The verses are used to amplify its message and comments on the narrative situation. The verses lack references and are therefore very likely composed by the teller. The dialogues, as the story itself, is direct speech. The language is typical for the classic Persian spoken and written before the 14th century and encompasses a large amount of archaic Persian words which have changed over time. The changes include semantics as well as grammar and phonology. Some words are spelled according to the conventional pronunciation (for instance naqm instead of naqb). From the lexical point of view the text is therefore very interesting for research.