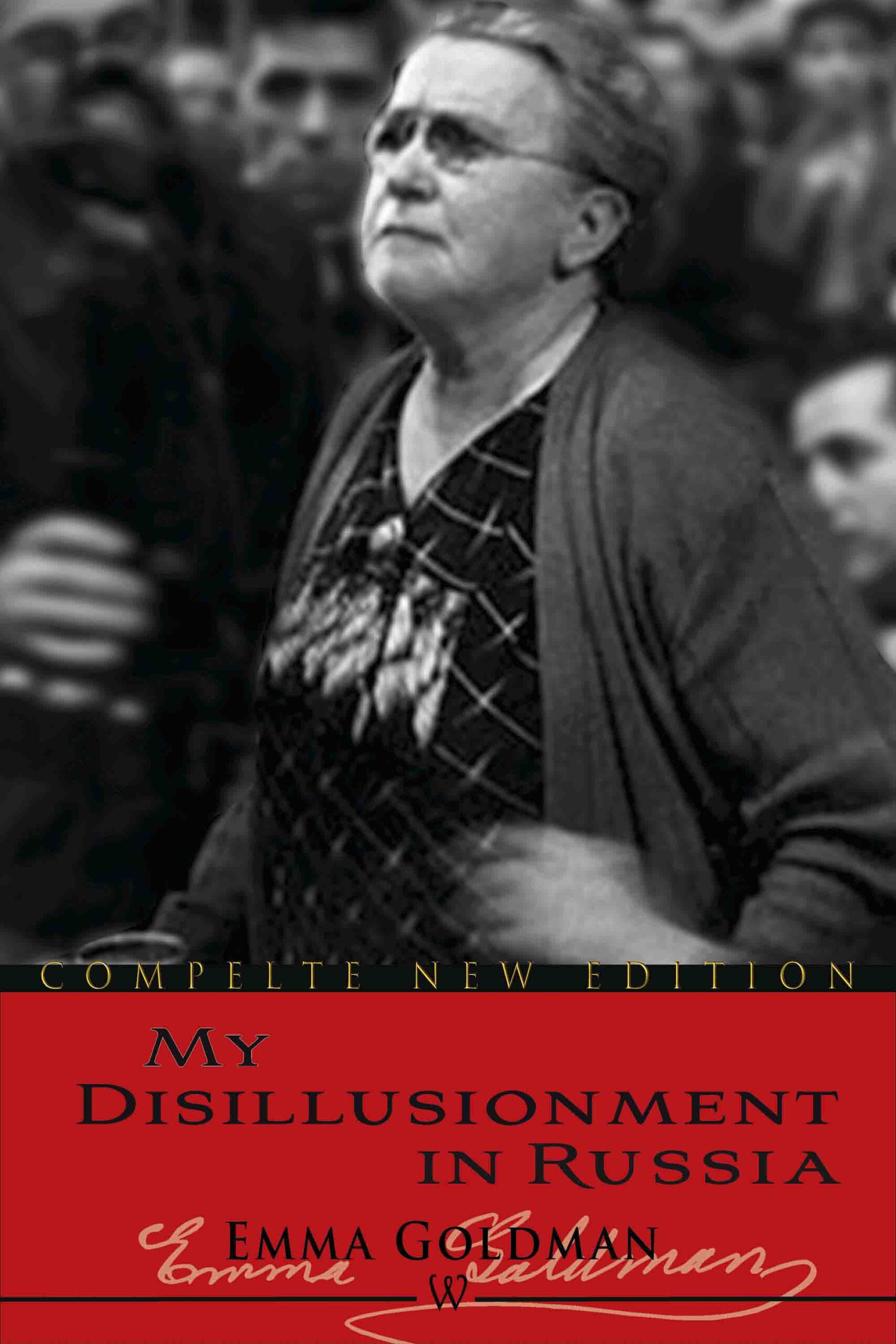 My Disillusionment in Russia was published in 1923 by Doubleday, Page + Co. The book was based on a much longer manuscript entitled My Two Years in Russia which was an eyewitness account of events in Russia from 1920 to 1921 that ensued in the wake of the Russian Revolution of 1917 and which culminated in the Kronstadt rebellion. Long-concerned about developments with the Bolsheviks, Goldman described the rebellion as the “final wrench. I saw before me the Bolshevik State, formidable, crushing every constructive revolutionary effort, suppressing, debasing, and disintegrating everything”
Much to Goldman’s dismay, only upon receiving the first printed copies of the book did she become aware that the publisher had changed the title; and the last twelve chapters were entirely missing, including an Afterword which Goldman felt was “the most vital part” of the book. Sympathetic to the initial Russian Revolution, the complete book, presented by this edition, in thirty-two chapter and an Afterword, is nonetheless a strong and impassioned left critique of the Bolshevik Revolution as well as Vladimir Lenin’s New Economic Policy—an “all-powerful, centralized Government with State Capitalism as its economic expression.” The complete book is also critical of Marxian theory, which Goldman describes as “a cold, mechanistic, enslaving formula.”