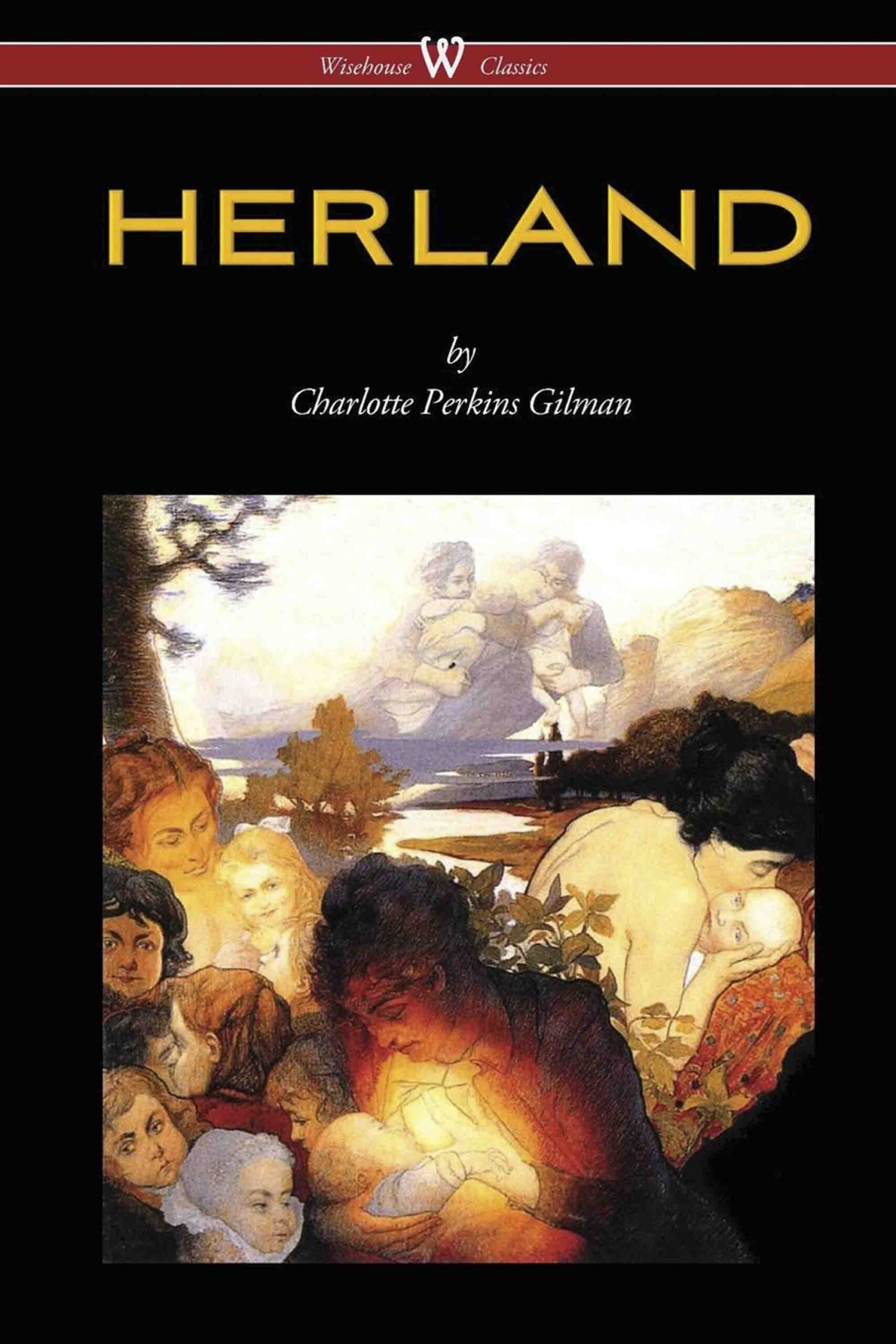 HERLAND is a utopian novel from 1915, written by feminist Charlotte Perkins Gilman. The book describes an isolated society composed entirely of women, who reproduce via parthenogenesis. The result is an ideal social order: free of war, conflict, and domination.

The story is told from the perspective of Vandyck “Van” Jennings, a student of sociology who, along with two friends (Terry O. Nicholson and Jeff Margrave), forms an expedition party to explore an area of uncharted land where it is rumored lives a society consisting entirely of women. The three friends do not entirely believe the rumors because they are unable to think of a way how human reproduction could occur without males. The men speculate about what a society of women would be like, each guessing differently based on the stereotype of women which he holds most dear: Jeff regarding women as things to be served and protected; Terry viewing them as things to be conquered and won.

When the explorers reach their destination, they proceed with caution, hiding the biplane they arrive in, and trying to keep themselves hidden in the forests that border the land. They are quickly found by three young women who they realize are observing them from the treetops. After attempting to catch the girls with trickery, the men end up chasing the young women towards a town or village. The women outrun them easily and disappear among the houses, which, Van notes are exceptionally well made and attractive. After meeting the first inhabitants of this new land (which Van names Herland) the men proceed more cautiously, noting that the girls they met were strong, agile, and completely unafraid. Their caution is warranted because as the men enter the town where the girls disappeared, they become surrounded by a large group of women who march them towards an official looking building. . .